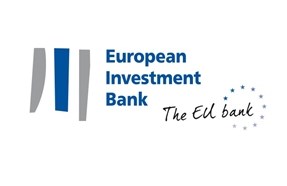 Croatia will receive EUR 300 million from the European Investment Bank (EIB) in the second, and final, portion of a EUR 600 million loan designed to speed up the implementation and ensure the success of Cohesion Policy projects in the country.  Croatia will use the EIB loan as its national contributions in EU-funded projects. The financing can also be used to pre-finance projects. The loan will increase the number of EU-funded projects implemented throughout the country to improve economic and social cohesion and promote the sustainable development of Croatia.

The EIB financing comes in the form of a Structural Programme Loan (SPL), a dedicated loan product for co-financing schemes backed by EU structural funds. The Croatian Government can also use these funds to finance schemes that would be too small to qualify for direct EIB financing.

Vice President of the EIB Mr. Dario Scannapieco said: “EIB is committed to support reduction of economic and social disparities in the EU and to promote sustainable development. The EIB loan allows Croatia to apply for EUR 8.1 billion EU funds available to Croatia to boost national research, innovation and infrastructure development. As the EU bank, the EIB is proud to support the economic and social development of Croatia through Structural Program Loans. The results of the first portion are an excellent example of the positive impact the EU has on its citizen’s.”

The first portion of the loan, signed in 2015, helped the Croatian government to kick off many projects. These included, as example: development of the modernization of Zapresic – Zabok railroad; waste water treatment facilities on the island of Krk; development and improvements of water-communal infrastructure in Vukovar, Petrinja, Rovinj, Zupanja, Vodice and Šibenik; construction and equipping of the Hospital for the Palliative Care Patients of the Varazdin General Hospital in Novi Marof, student housing in Virovitica, Vukovar, and Osijek, and E-schools pilot project.

Minister of Finance of the Republic of Croatia Mr. Zdravko Marić said: “The Croatian Government appreciates the EIB Group as being one of the first and most prominent partners in providing cofinancing of the EU funds. This loan represents a continuation of a successful project of co-financing EU funded priority projects in Croatia and signals strong commitment of the Croatian Government in boosting national economy by enhancing utilization of EU funds. The design of this instrument leverages achieving these goals through its flexibility, financial attractiveness and its substitution of domestic budget component. We always support EIB as the EU bank which further fosters economic and social development of the EU and its member states. In Croatia, such an important impact is witnessed through a high volume of lending to both – public and private sector -  amounting to 6.3 billion euros.”

The European Union dedicated EUR 10.7 billion to Croatia as a part of the Union`s structural and investment funds for 2014-2020. To date, Croatia contracted EUR 6.3 billion, a sum expected to increase with this EIB loan.

European Commissioner for Regional Policy Ms. Corina Crețu said: "Cohesion Policy programmes in Croatia will have lasting, positive effects on the economy and in the everyday lives of Croatian citizens. It is essential that the appropriate national co-financing is provided for these programmes to make them successful and to get good projects off the ground quickly. This is what this EIB loan helps to assure and I'm glad to see its second portion committed today."

Loan covers national co-financing contributions in line with the Partnership Agreement and the “Competitiveness and Cohesion” Operational Programme (“OPCC”) in the areas of transport, energy, the environment, health, research and development, infrastructure, nature protection, social infrastructure, ICT, urban regeneration, water and waste management. The EIB loan offers long-term co-financing on the most attractive terms for OPCC projects throughout Croatia.   The Ministry of Regional Development and EU Funds manages OPCC, and is the Promoter of the loan.

Minister of Regional Development and EU Funds of the Republic of Croatia Ms. Gabrijela Žalac said: "Reports on the absorption of EU structural funds at the end of 2018 demonstrate an increase of contracted amounts to 62% and the level of amounts paid to beneficiaries to 13%. Funds from the first part of the loan were allocated to projects in sectors of transport, environment protection, health and education infrastructure, research and development, as well as ICT services. In order to fully absorb the funds available to the Republic of Croatia, a challenging task is still ahead of us, in which the EIB is our most valuable partner. The second part of the loan is necessary for a successful continuation of utilization of EU structural funds and achievement of Cohesion Policy goals, for the purpose of a balanced regional development of the Republic of Croatia.”

EIB in Croatia:
EIB lending commitments in Croatia since the start of the Bank’s activity in the country in EUR 4.6bn of signatures for the period 2007-2017. EIB operations cover important sectors of Croatia’s economy, including transport, the environment, energy infrastructure, manufacturing and services. Another key component of the Bank’s activity in Croatia is the promotion of  small and medium-sized enterprises (SMEs) by increasing SME access to long-term financing through local financial institutions.

On EIB Structural Programme Loans:
A third of the EU budget focuses on cohesion policy. The main instruments are the European Structural and Investment Funds, which are currently divided into five main funds: Cohesion Funds, European Development Regional Funds, European Social Fund, European Agricultural Funds for Rural Development, and European Maritime and Fishery Funds. These funds are supporting the development strategy of regions and countries, each dedicated to different components of their economic and social development. These funds aim at new investments in the regions and have to be complemented by additional funds provided mainly by regions and countries.